Guest Column by Dr. Chester D. Haskell. Academic institutions are at the core of higher education in the United States, whether they be famous research universities, unknown small specialized schools, massive for-profit online institutions, comprehensive public universities, private non-profit liberal arts colleges or emerging innovative providers. Regardless of structure or mission, institutions bring together the people, resources, infrastructure and services necessary for effective higher education. This diverse institutional base provides a range of choices for students as they seek the most appropriate learning environment for their interests and capabilities. At its best, such diversity also promotes experimentation, innovation and quality through competition.

This approach is in line with the American tradition of decentralized education. Unlike other nations, the U.S. has not had a strong centralized ministry of education. Elementary and secondary education is mostly a function of state and local governments. The American public universities are almost exclusively supported of state governments. Institutions of higher education, some of which predate the United States itself, have always prized their independence

The fact of institutional heterogeneity presents a challenge to accrediting bodies. Even small institutions are complex and most institutions have multiple programs and degrees in line with their diverse missions. Further, there is no consensus on even how to define quality in institutional terms. Thus, accrediting bodies take a threshold approach, establishing minimum standards and developing processes of assessment that can lead to continual improvement. One result is the sometimes seemingly absurd situation of a minimal quality school being able to legitimately say it has exactly the same accreditation as a nearby world-renowned research university. However, this is the only way to accommodate institution variety. U.S. institutional accreditation is about setting a floor for quality, not about signifying institutional excellence.

The role of the Federal government in the U.S. has been largely concentrated on funding higher education, the most important examples being student financial aid through Title IV of the Higher Education Act and the financing of scientific research. Significantly, the former has been indirect, with most aid going to individual students, while the latter has been distributed on the basis of rigorous competition and peer review.

With the Higher Education Act of 1965, U.S. institutional accreditors took on an additional function. Rather than having the Federal government decide on allocation of financial resources, they became gatekeepers in the government’s stead. Federal financial aid, while going to students, can only be utilized at accredited institutions. Similarly, Federal research funds can only be accessed by institutions with accreditation. Similar prerequisites exist for funding from U.S. states.

The enormous sums involved – more than $150 billion in student aid in 2015, plus another $45 billion in research funding – put accrediting bodies in a difficult position. The threshold approach now has major consequences. Because most institutions are so dependent on access to Federal funding, the loss of accreditation is, in most cases, an institutional death sentence.

Yet, the typical process of self-study and review by volunteer peers is not well suited to a gatekeeper, regulatory function. Further, knowing the impact of a negative decision on an institution often means reviewers usually look for ways to help an institution, not shutter it. This has led to several situations where accreditors failed to oversee properly institutions that were in financial danger, had ineffective programs or, in some cases, were engaged in fraud and abuse.

These failures, especially with regard to for-profit institutions, have been but one source of criticism of the U.S. institutional accreditation system. In addition, student debt loads have exploded, often with students completing their education only to find they lack the skills and credentials for employment sufficient to service and repay their debt. It also is argued that accreditation has little impact on such key metrics as graduation or retention rates. Accreditation processes are seen as too complex, too time consuming, too bureaucratic and too costly, especially for smaller institutions, while the top institutions see little value added by the accreditation process.

These criticisms have become central to a national debate about the purposes of higher education and the most effective ways to assure best use of public funds. Senators as different as Marco Rubio of Florida and Elizabeth Warren of Massachusetts have put forth legislative proposals that would radically change accreditation. Research groups have issued studies calling for new forms of institutional audit based on metrics as the key to Federal funding. Others have argued the accrediting bodies need government funding in order to have the professional staff necessary for effective gatekeeping. Still others have called for the complete decoupling of public financing of higher education from accreditation.

In this context, one of the most knowledgeable and influential observers of accreditation, Judith Eaton, the head of the Council of Higher Education Accreditation (CHEA) has warned of coming “disruption” in accreditation. New and different forms of oversight are already in place with the U.S. Department of Education overlaying the independent accrediting bodies. A different definition of quality has emerged, one that the government defines along the lines of metrics such as employability and graduation rates. Accountability is changing to include a range of stakeholders outside higher education. In effect, Eaton argues, the traditional “pillars” of accreditation – self-reporting and peer review – have been determined to be insufficient and changes are coming.

The fact is that a major shift is underway in the United States. Instead of a collegial, peer-based process wherein higher education determines quality for itself, accreditation is becoming a process of compliance wherein stakeholders outside higher education, especially government, defines both quality and whether or not it is attained.

The implications are significant. A greater reliance on objective metrics (or proxies) may lead to less nuance and diminished understanding in the assessment of diverse institutions and programs. Education will be seen more in utilitarian, short-term perspectives (“the goal of education is to get a job”) rather than in life-long, socially constructive ways. Institutions will tend to become more and more alike, as they mold themselves to meet external pressures and incentives. This in turn may lead to less competition, less innovation and, eventually, lower, not higher, quality. 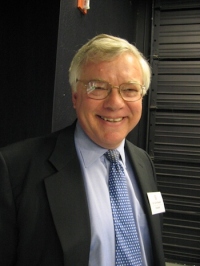 Dr. Chet Haskell is a member of the Edu Alliance Advisory Council. He is an independent consultant  working with several universities in the United States, Mexico, Holland, Spain and Brazil. He also has been deeply engaged in quality assurance and accreditation  serving as a consultant to the Council of Higher Education Accreditation and the Council on International Quality Group. Dr. Haskell has served as a peer reviewer for the WASC Senior Colleges and University Commission (WSCUC) assessing schools in California, The United Arab Emirates and Mexico. Further he has served on as a member of the international advisory committees for Spain and Madrid.